How to express appreciation

Imagine that there’s a particular quality of attention that makes your heart sing. But you rarely experience it. When it does come your way, are you able to receive it graciously? Or do you greet it with a sarcastic ‘about time too’?
If so, be assured that you’re not alone!

nder, conductor of the Boston Philharmonic, was coaching Ondre, a student conductor, who had been eliciting some wonderful sounds from the professional orchestra. In this extract from an article on his website, Zander describes what happened.

One of the wind players (Fiona) spoke up after a few minutes of the admittedly extraordinarily powerful and expressive conducting of the Czech Philharmonic first horn player, Ondre.

Taking on for a forgetful moment, the slightly abrasive tone orchestra players often use when addressing conductors, particularly young conductors, Fiona said ‘this is the first time one of the conductors has paid any attention at all to us wind players.’

A few moments later, I stopped the orchestra and asked Fiona to kindly rephrase that in such a way that it didn’t demolish the morale of all the other conductors who had preceded Ondre.

She obliged in the sweetest possible tone by saying ‘you know, it makes such a difference for us wind players back here when the conductor gives us as much attention as the strings.’

If you were Ondre, wouldn’t you have preferred to hear the feedback expressed that way? 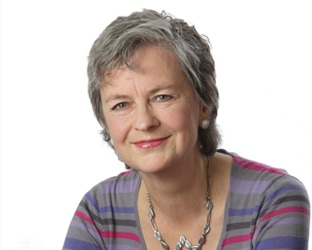 I'd love to share my experience of NVC with you. So please sign up for my (usually monthly) newsletter for articles, insights and updates about workshops and prctice gorups.