It was a sunny day. I was in a sunny mood. Ahead lay a country walk with a sociable pack of dogs and their owners.

The voices on the car radio were background noise – until something caught my attention. 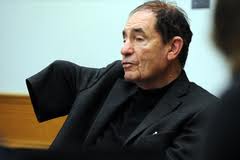 The speaker was Albie Sachs, the white South African Lawyer and freedom fighter, describing his detention, interrogation and long periods of solitary confinement.

‘I (was thinking) I’m no good. I should be hating the guards. I should be wanting to stab knives into them. But I just saw men doing their jobs. Some were nasty, horrible, but I couldn’t help imagining who they were, where they came from, and I felt I’d failed.’

I was moved to tears by the humanity of this man. Not even when he described the loss of an arm and the sight of an eye in a car-bomb organised by the South African Security did he show any bitterness.

I’ve transcribed part of the interview him in the hope that it will be as inspiring to you as it was to me.

(A friend of his was giving him a massage and told him he was lucky it was the right arm that he’d lost, even though he was right handed). She explained that most people, especially men but not only men, use the right arm to keep the world away – the aggressive side comes out.

Your tender side, your imaginative gentler side, is expressed through your left arm.

She said ‘now you’ll have more chance to use your left arm’ – and it’s true. I find that when I’m in a crowd, I can’t negotiate so easily – you know.. like ants bump each other and move out of the way. It’s a very gentle touch. I love hugging. I love holding people, I love that kind of touch.  I wouldn’t advise it as a good way to become a nicer person, but in my case, something good came out of losing my right arm.

But you were always gentle, weren’t you. Your book has famously been called ‘the soft vengeance of a freedom fighter’. You call yourself a feeble revolutionary. You never wanted to have any enemies, did you? Even when they blew you up, you didn’t want to have any.

I wanted to. I couldn’t. I felt I’m no good. I’ve failed. I should be hating the guards. I should be wanting to stab knives into them. I couldn’t. I just saw a guy there doing his job. Some were horrible, some were nasty but I couldn’t help imagining who they were, where they came from, and I felt I’d failed.

You met the guy who fixed the security service bombing of your car.

I said send him through. My heart was going boom, boom, boom because Henry had phoned to say he was going to the Truth Commission – he’d organised the bomb in my car.

We talked and talked and talked and eventually, I stood up and said ‘Henry, I have to get on with my work. Normally when I say goodbye to someone, I shake that person’s hand. I can’t shake your hand. But go to the Truth Commission and maybe we’ll meet someday.’

He sort of shuffled out, not the proud soldier who’d marched in.

About a year later, I’m at a party, end of year, very tired, the music’s loud, I hear a voice saying ‘Albie’.

It’s Henry and he’s beaming. He comes up to me, we go to a corner and he said he went to the Truth Commission, he told them everything.  I said ‘Henry, I’ve only got your face to say that what you’re telling me is the truth’ and I put out my left hand and shook his hand.

He went away beaming. I almost fainted but I heard afterwards that he went home and cried for two weeks. And that meant more to me than sending him to jail – which wouldn’t have done any good to my arm.

And there was no small part of you that said ‘well, I still haven’t got an arm…’?

No, it was the opposite. There was the feeling ‘We’ve got a good constitution, people are telling the truth, my life has been part of this beautiful endeavour.’